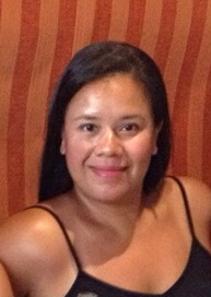 Sasha can't remember a time when she wasn't writing something. Growing up in Singapore and Australia, she would submit her short stories to local publications in the hope that somebody would publish her work. Finally, at 14, she got her break when a community magazine published a poem she wrote about teen pregnancy. A year later, she took part in a national writing competition and won first prize for her essay about the importance of preserving Singlish (Singapore-English). For her, more satisfying than the $100 cash prize was seeing her story in print.

Her big win only fueled her appetite for not just creating good content, but getting it published where it matters: At Elle Singapore, where she was a fashion writer and stylist, and Female Singapore, where she was the magazine's features, and later, deputy, editor. Following a training stint at Hearst Magazines International in New York, Sasha took over the editorship of Seventeen Singapore. At the same time, she was Contributing Editor at Simply Her Singapore.

After leaving corporate publishing at the end of 2010, Sasha established herself as a successful freelance writer and editor. Her work has since appeared in a number of major publications around the world, including the South China Morning Post (SCMP) in Hong Kong, Shape Singapore, Her World Singapore, Singapore Airlines' SilverKris, The Straits Times, Harper's BAZAAR Singapore, Philippine Airlines' Mabuhay, Young Parents, Robb Report, L'Officiel, Prestige, Design+Architecture, Billionaire, and Wine & Dine.

In 2014, Sasha's "Restaurant Australia" feature for The Peak Selections: Gourmet & Travel picked up the Award of Excellence for Alternative Storytelling at the International Corporate Media Awards (ICMA) in Germany.

She was also a finalist in the Mind HK Media Awards 2020 for her work on mental health.